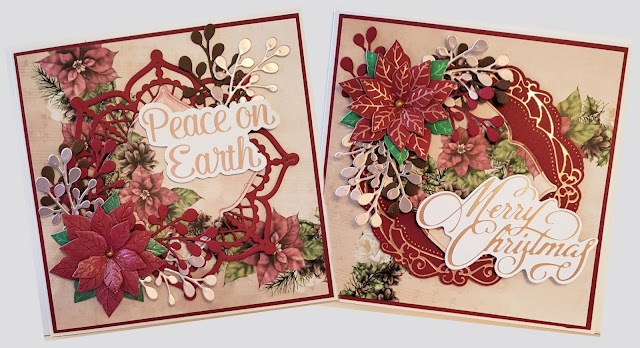 I've made 2 versions of this card - one using foiled elements and one using die cuts, inks and a sentiment from The Gift of Giving Sentiment pack.  I wanted to create the effect of the garland on the printed paper continuing through the layers of the topper.   To do this, the centre diamonds are cut from the backing paper and then the space left is covered up by the doily or foiled frame. 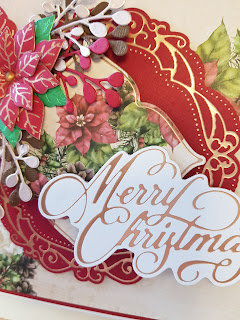 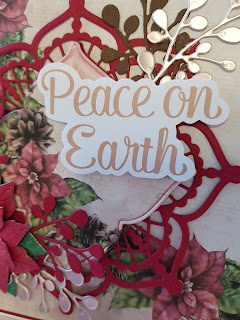 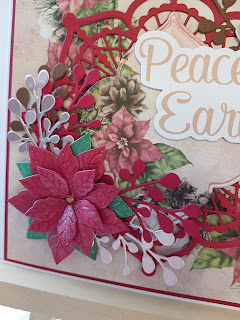 Begin by cutting the red mat layer and the piece of patterned paper to the correct sizes for your card.  My card is cut down to a square from an A5 card blank - it is 14.8cm square.  The red card is cut to 14.4cm square and the patterned paper is 14cm square.
For the foiled frame version of the card, I cut/foiled the frame from the centre of the red mat layer using rose gold foil.  All of the foiling is done using my GoPress & Foil. 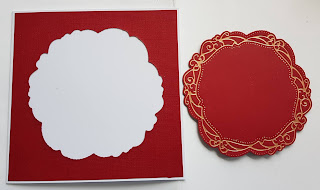 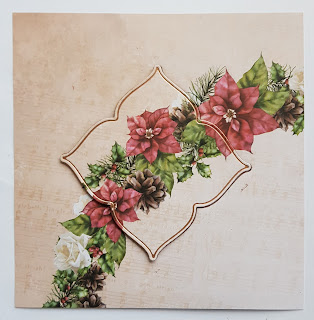 For the non-foiled version of the card, I used the same cut/foil/emboss die for the diamond, but instead of foiling I've used ink to highlight the deboss detail around the edge of the die cut.  Because the aperture left by cutting this from the paper will be visible behind the doily die cut I've used, you need to cut this from the exact middle of the paper.  I decided trying to place the inked die exactly in the middle of the paper would be too fiddly, so I die cut the paper first and then inked the die and pressed the die cut back into it to pick up the ink.   Also, I find that if I die cut with an layer of card behind the paper (on the cutting side of the die) it protects the paper from tearing when it is embossed (or foiled). 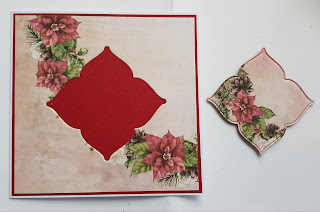 I used Card Deco Christmas Red Pearlescent Ink
The empty space left by the die cut is covered by the foiled frame - make sure you put the diamond the correct way round so that the pattern from the paper continues in the right direction. 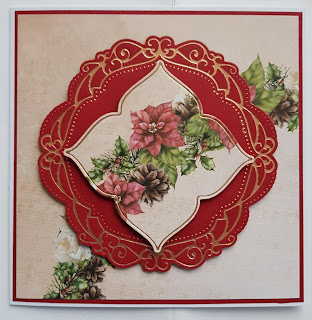 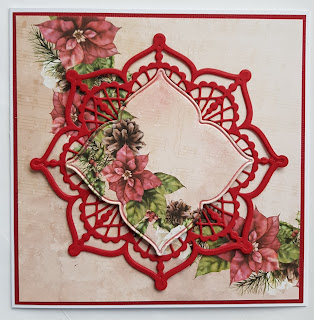 I've added foam pads to lift up the layers of the topper.
To finish the cards, I've added die cut poinsettias, berry sprigs and sentiments.
I've used some Card Deco pearlescent inks to my poinsettia to to emphasise the detail from the die cuts. 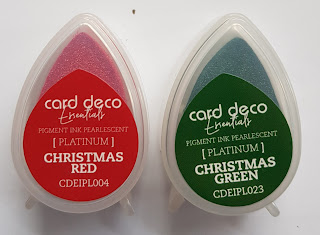 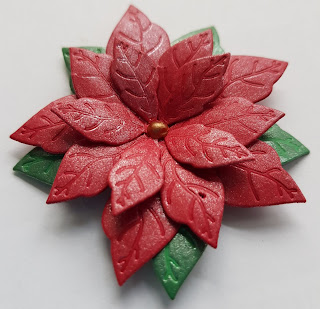 For the foiled version of the card I used a cut/foil/emboss die from last year's Couture Creations Christmas Collection (Naughty or Nice), foiled in rose gold 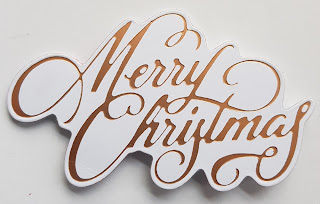 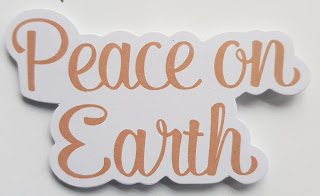 Finish the cards by adding the sentiments, flowers and some berry sprigs to each of the cards 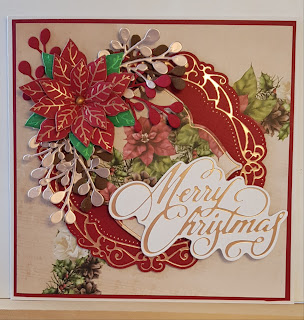 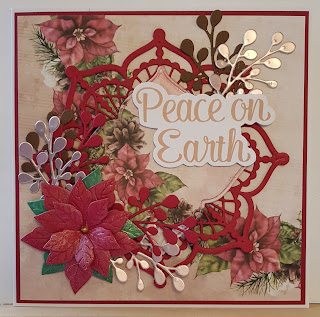 In my video I show you how to put the layers together for these cards. 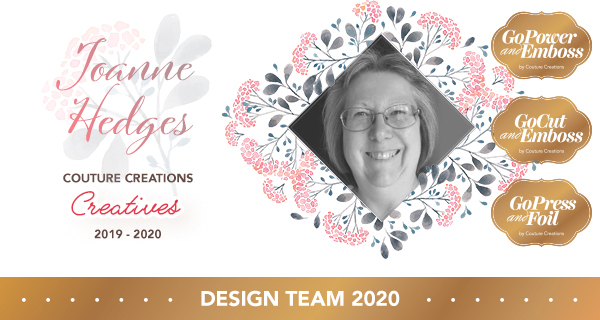